Educators wanted to place me in disabled classes but I refused. I didn’t want to be labeled, button-holed or treated differently than any other kid.

I was 12 years old in the winter of 1962. After spending the holidays with serious stomach pain, my doctor treated me for indigestion. But when the pain got worse and a colonoscopy was inconclusive, I was admitted to Children’s Hospital and treated for ulcerative colitis. But it didn’t help.

Exploratory surgery was next. But the surgeon perforated my colon, and I was told that I died on the operating table. What they say about people who experience a near-death experience is true. I saw a white light at the end of a long, dark tunnel, speeding toward it as it grew brighter and brighter. I felt extremely serene, floating above the operating table, looking down on myself. But that wasn’t to be my last day on earth.

The wonderful thing about children is their ability to adapt. I had no life experiences against which to compare my situation, so I accepted that this was what my life was about. It was that simple.

When I woke and asked the doctors how long it would be before they could remove this red “thing” on my abdomen, the response was numbing. “Never.” It was my stoma.

In those days, ostomy bags weren’t readily available in my hospital, so I had to lay over a hole in the bed, with a funnel and tube leading to a five-gallon glass jug underneath. Even worse were the IVs, catheters, drains and makeshift barriers to protect my organs. I was on the critical list for eight weeks.

I eventually healed, and as I grew older, educators wanted to place me in disabled classes, but I refused. I didn’t want to be labeled, button-holed or treated differently than any other kid.

I went on to high school, and then to college at the Virginia Commonwealth University in Richmond. In my senior year, friends asked me to join them in opening an eclectic restaurant made from reclaimed wood and architectural pieces.  It was so successful that I went on to build and own another restaurant and a nightclub in Williamsburg, VA called the Greenleafe Café and the Rainbow’s End. In my lifetime, I‘ve owned and operated several restaurants and food-related businesses.

I also became the sole proprietor of my own company, Mikedes Enterprises, working for Fortune 500 companies, the White House, the Howard Hughes Institute, Institute for Defense Analysis, many government agencies and small mom-and-pop businesses.

I earned a Masters degree and a PhD in Computers in Policy and Planning, and attended the London School of Economics. I have a Microsoft Certification as an MS Certified Product Specialist.

I’ve written training manuals for Children’s Hospital and the Washington Area Metro Transit Authority, and have taught Management Information Systems  as an Adjunct Professor. Through it all, my ileostomy was never an issue. I never considered myself handicapped in any way and have lived a wonderfully enriched life, experiencing all that I have been given to the fullest extent.

If a 12-year-old kid can overcome to accomplish so much, so can you.

I never considered myself handicapped in any way and have lived a wonderfully enriched life, experiencing all that I have been given to the fullest extent. 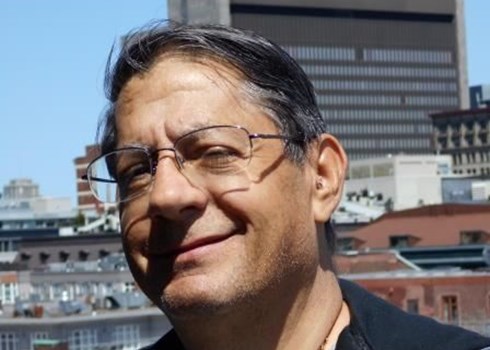