Before being diagnosed with Crohn's Disease, Lee Thrash had no idea that living with an ostomy would be such a blessing.

Lee Thrash was about to graduate from high school in 1997 when she was diagnosed with Crohn’s Disease. Despite missing the last three months of the school year, she graduated and – against the advice of doctors and family members – started college. Although the disease was an overwhelming part of every day, she graduated with a degree in English. For the next 12 years, Lee fought to have a “normal” life, pushing through the treatments, flares, illness and chronic weakness.

In 2009, while recovering from a normal flare, Lee was diagnosed with a C. difficile overgrowth in her intestine. She was forced to quit her job, and her mother moved in to care for her. The loss of independence was devastating.

Within a few months, Lee was in the ICU with blood clots in both legs and an internal fistula to her bladder. Her body needed to heal so she could have surgery to correct the fistula. At home, her parents were preparing to move Lee out of her apartment and into their home.

While waiting for surgery, Lee’s intestine eroded to the point that it created abscesses that covered her abdominal wall and an external fistula to her abdomen – sending her back to the hospital. In March 2010, doctors broke the news that her large intestine had to be removed. It was the day she had feared since she was diagnosed with Crohn’s Disease, but it was the only way to save her life. The surgery was done.

Instead of regretting her decision to have an ileostomy, Lee realized within a week that she was improving – getting stronger, gaining weight and embracing hope that she might actually have a chance at a normal life.

“I’ve begun living a life that I had only dreamed of before my surgery,”

Within 2 months, Lee started a new job and moved out of her parents’ home. Now three years later, she almost forgets about her life before an ostomy. “I’ve begun living a life that I had only dreamed of before my surgery,” she says. “I always loved the theatre but never thought it was something I could do. In the five years since my surgery, I’ve stage managed nearly a dozen shows for local theatres and served as Committee Head of the Award Show for the Sidewalk Film Festival.”

While battling her illness, Lee didn’t have the energy to focus on a social life, and believed she would never have a relationship. She was wrong. “I’ve been in a relationship now for three years with a man who didn’t bat an eyelash when I told him about my ostomy. He stood by me through another surgery only five months after we started dating.”

“Greater than anything else in my life has been the opportunity to volunteer as a rape advocate with my local Crisis Center. I’ve had the honor of comforting brave rape survivors who fought for their lives despite the horror they experienced.” In October 2013, the Crisis Center kicked off Unending Hugs – a program Lee created to gift handmade scarves to rape survivors to provide tangible comfort after they leave the facility. “I’m proud beyond words at the difference the program has made and how it helps rape survivors.”

Lee also speaks to other Crohn’s and Ulcerative Colitis patients who are on the verge of having to make the decision of whether to choose life with an ostomy. “In some ways, it’s shocking that I actually urge other patients to have the surgery. When I was diagnosed with Crohn’s Disease almost 20 years ago, I had no idea that living with an ostomy would be such a blessing. But it has been a blessing. I want to share that message with people like me who think that surgery is the end of their life. Instead, it’s just the beginning.”

Talking To Your Partner 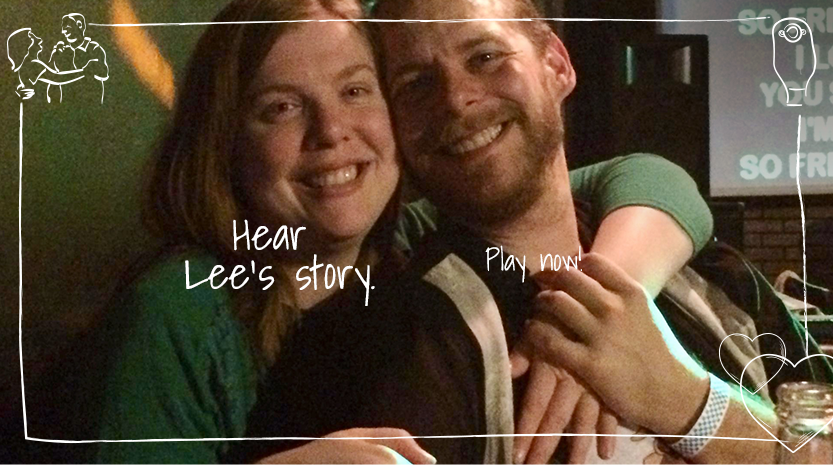