Well, I have had an interesting ride of the past 7 years. It was recommended to have a colonoscopy after I noticed what I thought was a minor symptom, blood in my stool. As I sat on the table about to enjoy the wild ride of anesthesia, I had not a worry in the world. After waking up and seeing the doctor, he informed me that the result was not good: a cancerous mass was found in my rectum. Finding a local, highly-recommended Oncologist, several scans were set in place of my pelvic area, abdomen and chest. The results were confirmed that I had rectal cancer, but even more worrisome, they saw a mass in my lungs and liver, which lead to more scans. Fortunately, it ended up just being scar tissue. Before hearing that, I thought I was a goner.

My amazing in-laws did some research and found a doctor at Memorial Sloan Kettering, Dr. Martin Weiser, who immediately made me feel at ease giving me the news that I would be around to bug and annoy my family for a long, long time. Dr. Weiser's entire staff was amazing and couldn't have asked for anyone better. I began my treatment: 4 months of chemo followed by 5 weeks of radiation treatment every morning. Rounding out my treatment plan was a final, rough month of chemo infusions 24 hours a day.

Several months later, I had my first surgery where they removed my rectum, attached a temporary ileostomy in 2012, with the expectation of a reversal a few months later. I was at first taken back with the ostomy not knowing what to expect. As many experience, I did not feel good about it. I was happy to have my reversal several months later in 2013, and I would have to say from this point on things went downhill. Like many people who have had a reversal, I experienced increased, uncomfortable trips back and forth to the bathroom.

Eventually, things seemed to get better, and my life was getting back to normal. Then, all of a sudden, BOOM, my colon just shut down. For whatever reason, I could not go to the bathroom anymore. I went just enough so that I wouldn't have to be hospitalized and pumped. I saw several specialists, tried physical therapy, medications and nothing would kick start it.

After quite some time, I had a decision to make: try and continue to get my colon rockin’ and rollin’ or move to a permanent colostomy. I chose the latter and am thrilled and happy to have it. I am thankful everyday for my new friend, "Stan the Stoma", who joined me in 2016. For me, it was about perspective. The first surgery was tough on me having a temporary ostomy, but once I no longer could use the bathroom, I found it one of the best things to happen in my life.

My days are no different than they were prior to my surgeries. I exercise with weights multiple times a week, go swimming, enjoy the beach, biking and anything and everything all non-ostomates can do. People may feel their lives are over, but for me, I absolutely disagree. My life is amazing, and I am proud to being wearing an ostomy bag. Sure, at times, when in a meeting with a VP at my job, "Stan the Stoma" may make a little noise, but, eh, who cares? I usually laugh it off in my head and move on.

Having an ostomy has truly been a wonderful experience, and though not one I expected to have, I would never change it even if given the opportunity for a reversal. It is a part of my life and a part of me and will be for the remainder of my time here! 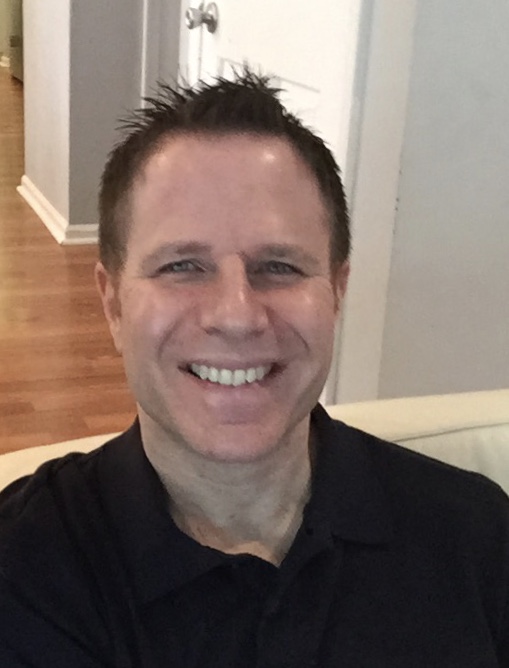 Having an ostomy has truly been a wonderful experience, and though not one I expected to have, I would never change it even if given the opportunity for a reversal. It is a part of my life and a part of me and will be for the remainder of my time here!

Need more help for living with an ostomy?

Contact the me+ Team for help and support for living with an ostomy.

[BLOG] Date Night with an Ostomy

With a little planning ahead, you can be sure to have a great night out.

Tips for Dining Out with an Ostomy

After successful recovery from ostomy surgery, you should be able to resume most normal...

The products and support you need, the tips and advice you can learn to use, and a community you can